Wycoller, with it’s ruined hall and ancient bridges, is a fantastic day out for the whole family.  Believed to date back to the tenth century Wycoller was virtually abandoned as the weavers left to work in the nearby mills during the industrial revolution.  Nowadays the houses that remain have been renovated and repaired.  The village is virtually traffic free with only the residents allowed to drive into the village itself.

The ruined hall is the reason most people visit, with its links to the Bronte sisters.  It is believed to be the inspiration for ‘Ferndean Manor’ in charlotte Bronte’s novel Jane Eyre.  Built in 1550 the building was dismantled and the stone reused in 1818.  It’s reputedly one of Lancashire’s most hunted buildings.  Keep an eye out for the Spectre Horseman and Black Bess, both ghostly figures who supposedly haunt the hall. Theres also legend of a Hell hound called Guytrash whose sighting signifies impending doom.

Wycoller beck is crossed by seven bridges, three of these are of national historical interest. The Pack Horse Bridge closest to the village, Clapper Bridge just a little further upstream and Clam bridge a short walk up the track.  The later two bridges were washed away in floods but have since been restored to their original sites. Clam Bridge the oldest is believed to be over a 1000 years old in it’s current form.  There is some that believe however that it is a repositioned Iron Age standing stone.  At some point it had a handrail as you can still see the holes where the rail was attached to the stone.

A modern edition to Wycollers attractions is the Atom – Panopicon, an art installation above the village that can be easily reach by car or on foot.The area around the village is a walkers paradise with a fantastic choice of both short, medium and long distance walks. The visitors centre sits in a restored aisled barn next to the hall and is well worth a visit. Behind this are public toilets and a picnic area with an old mill pond a great place to sit and relax and perhaps feed the ducks.

Wycoller Hall & Country Park is situated on the Lancashire Yorkshire border in the borough of Pendle just outside Colne about an hours drive from both Manchester and Leeds.  Being traffic free if you arrive by car you will need to park in one of the two carparks.  The main carpark (BB8 8SY) is just outside the village itself on the only road in so you can’t really miss it.  There is a second carpark on Lancashire moor road which gives direct access to the Atom art installation.  This carpark is reached from Laneshawbridge and is away from the village centre.

This is a short walk of about three miles that starts at the carpark on Wycoller road.  It takes in all the main attractions.  It can be extended to take in any of the marked paths around this beautiful country park. Alternatively the walk can be started at the carpark close to the Atom.

Map of the route.  If the download file for gps option does not work then just right click on the link and choose the save as option.

Park up in the carpark just outside the village.  It’s a single track road that stops here for non residents so you can’t really miss it.  There is no parking in the village.  When your ready, walk to the far left hand corner of the parking area, to find the path down into the centre.  This path finishes just outside the main area and there is a short walk down the road.  Beware of traffic keep into the side as the odd car or tractor could be using the road.

Walk down through the village past the cafe on the right and the row of old houses on the left.  When I played here as a child all these houses were derelict and over the years they have all been returned to use.  Walk over the packhorse bridge to cross the river and head towards the hall.  There are Kingfishers on the river but you have to be here quite early in the morning to see them.

In the left hand corner just before the hall there are some steps up through the trees.  This opens up into a track.  Follow the track right to the top.  The path splits near the top but both take you to the same point.  You will come to a gate where you will be able to see the Atom Panopticon.

It was constructed in 2006 from concrete.  It used to have a polished ball inside which caught the light.  Unfortunately due to vandalism this has had to be removed.  It is still worth the walk though as the views over to Pendle Hill and Boulsworth hill are spectacular.

When you have had look round and are ready to continue go back to the path and continue on.  Take the path that branches off to the right through the field boundary.  A few steps further on, the path splits keep to the lower more defined path and follow it down through the fields.

The path now follows a diversion round the farm houses.  After the diversion the path passes diagonally through quite a boggy field the boggy bits can be avoided usually.  In the bottom corner of the field is a stile which leads to a small wooden bridge over the stream.  We turn right onto the track which leads back down into the village.  You can extend the walk here considerably by turning left.

The track continues back down into the village via a sharp right turn.  This is a very beautiful part of the walk as the track passes through trees and fields and follows the babbling brook with several small waterfalls to explore on the way down.  On hot summer days it is a fantastic place to kick off your shoes and go for a paddle the kids will love it and for the older ones of us it will connect you back to your inner child.  A very rewarding and stimulating way to refresh your inner soul.

Keep on the track until you reach the clam bridge.  Here you have a choice.  You can cross the bridge and follow the made up path on the left hand side of the river or you can carry on down the track.  Both paths leadback into the village.

You will now find yourself back at the hall.  You can explore the area, have a picnic, paddle in the stream or feed the ducks.  The information centre is here in the converted barn if its open and there are toilets.

When you have had as much leisure time as you can take, the kids are tired, you have found inner peace and forgotten all your worries, cross the clapper bridge and retrace you steps through the village and back up to the car. Why not treat yourself to an ice-cream to walk back with? Go on you deserve it.

There’s just the one Cafe in Wycoller village itself at the moment, The Old Dairy, Wycoller. The cafe now operates as a take -away from the hatch pictured.  I have had food and drinks from here and it has always been very good.  Another option is to bring your own food and have a picnic there’s a great picnic area or just find a quite spot for a more romantic option.  There are two pubs close by in the village of Laneshawbridge.  The Emmott Arms which has a good menu and has just been reopened and The Alma Inn which I believe is reopening on the 14th of June.

If your staying a little longer there’s plenty to see in the area. Pendle Hill and the village of Barley are close by.  Howarth with its old streets, heritage railway and the Brontes is just over the border in Yorkshire.  The beautiful Hadcastle Crags is also close by. 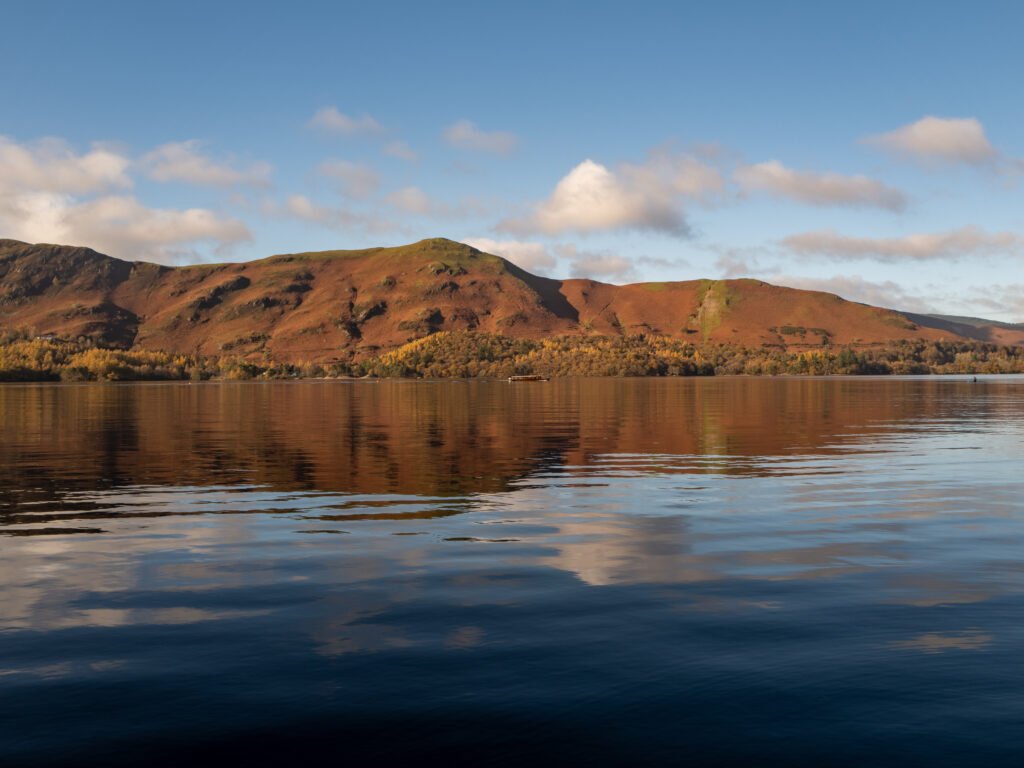 Keswick, Cumbria | A guide to this beautiful Lakeland town

Keswick sits in the heart of the Lake District National Park and is considered the gate way to the northern fells. 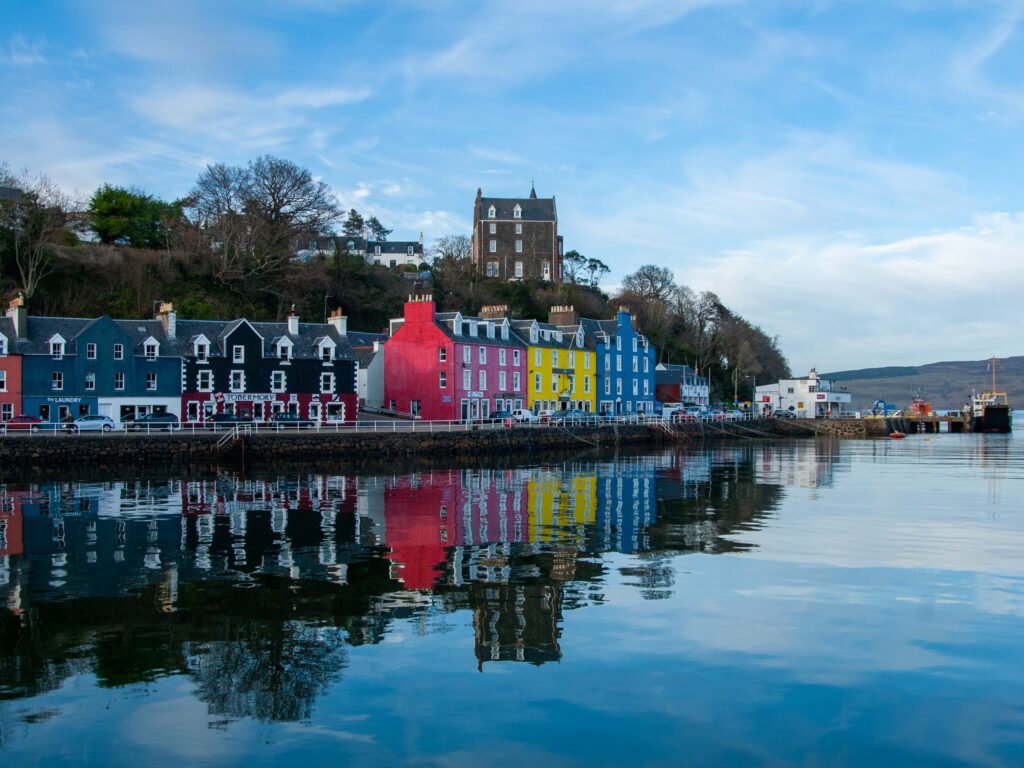 The Isle of Mull | Explore this beautiful Scottish island

The Isle of Mull is one of the most picturesque of the inner Hebridean islands of Scotland.  It has a bounty of fantastic wildlife, secluded white sand beaches, waterfalls to die for and character filled villages that are welcoming and full of the most amazing people. 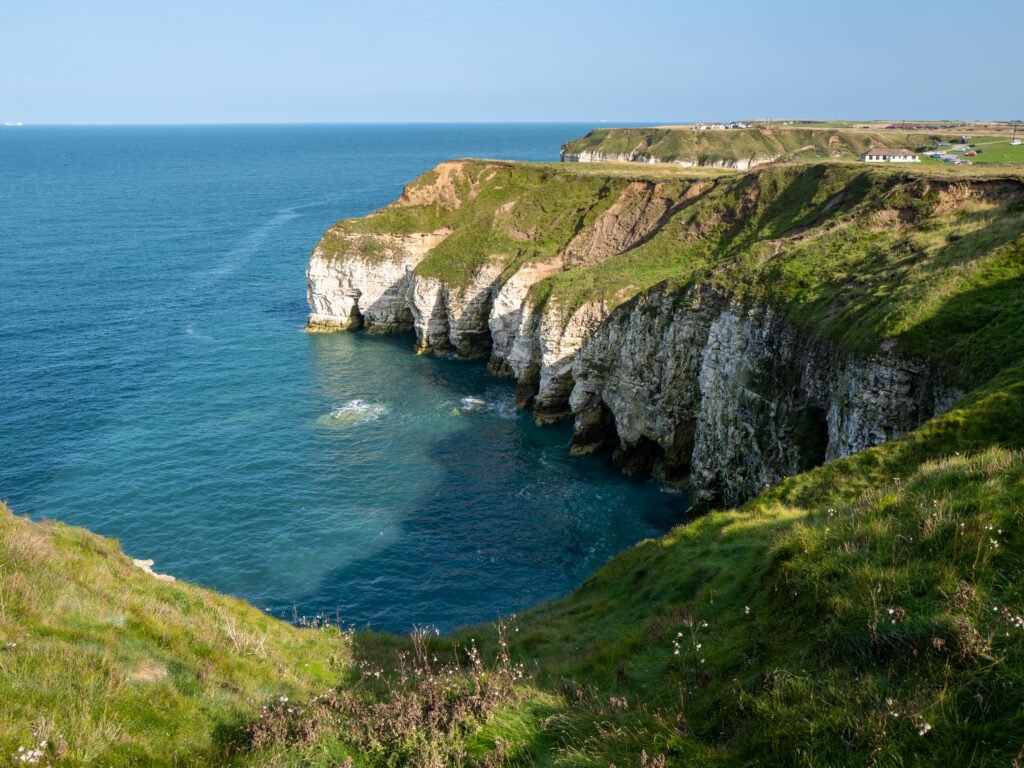 Amazing thing to see & do at Flamborough Head

It’s always great to get out to the British coast. There are many amazing things to see & do at Flamborough head.