Out & about | A bank holiday weekend in Whitby

We like to get out and about over the long weekend of a bank holiday and Whitby is one of our favourite places to go.  You can’t really go wrong, if the sun is shining Whitby has something for everyone.  Famous for its connection with Bram Stokers book Dracula and it’s ruined Abbey it is one of the most popular seaside destinations in the country.  The town is split by the estuary of the river Esk which meanders down to the picturesque harbour.  The Abbey itself sits at the top of the east cliff reached by a steep stair case of one hundred and ninety nine steps.  Below the west cliff it’s a long stretch of beach with colourful bathing huts. Perfect for building sandcastles and paddling with the kids or grandkids in our case.

Whitby sits on the east coast of northern England in the North Yorkshire moors national park. It’s on the Cleveland Way coastal path. It can be reached by train or road and is about two and a half hours from Manchester by road and about four hours by train from London. The train finishes in Scarborough its then a thirty minute bus/Taxi ride into Whitby.

As we were camping we travelled to Whitby in our camper van by road. The campsite we booked was a pop up site next to the abbey at Abbey Farm.  The location is perfect for biking or walking and we took our bikes as we intended to cycle the Cinder Track.  Bob, our campervan got us there mid afternoon Friday and we left Monday morning so we had two full days to explore.  As we live quite close to Whitby, it’s about a three hour journey for us, we have been many times before over the years.  It’s one of our favourite spots for a day trip or short break. This is a very basic Campsite no showers just portaloos so it wouldn’t be suitable for a long stay.  But was perfect for our weekend away.  There are other permanent campsites close by so theres plenty of choice if you need more facilities.  As its a popular place you will have to book early as it soon fills up especially at weekends and holidays in the summer months.  Bed and breakfast can be a good option if you don’t camp check online for other options.

What to see and do in Whitby

Really your spoiled for choice it would be impossible to include everything so below are a few of the highlights. From Historical sights to stunning cliffs walks and beaches.

The biggest historical site in Whitby is Whitby Abbey.  You can’t miss it perched on the cliff top over looking the town.  It is managed by English Heritage, which means it’s free to members and ten pounds to adult non members.  Under the current conditions you need to book, in advance,  on their website by clicking here.  The Abbey’s history is fascinating and well worth a visit.  The one hundred and ninety nine steps up to the Abbey are viewed as a challenge.  I prefer the cobbled track next to them as it just seems more authentic.  The steps go through the grave yard of St Marys Church said to be the inspiration for parts of Bram stokers book Dracula. Interestingly Humpty Dumpty’s grave is said to be inside the church although Humpty Dumpty was a canon so I’m not sure where this comes from.  The grave stone is shaped like an egg so perhaps thats why.  Whitby harbour Swing Bridge was built in 1908 and links the two halves of the town.  It’s absolutely free to cross and it’s amazing to watch it in operation.  The Market Place with its clock tower is at the heart of Whitby old town in the centre of the streets under the abbey. The current building was erected in 1788 to replace an older market from around 1640.  Whitby Jet is a type of hard coal found on the beaches around Whitby it became very fashionable in the victorian period. You can still buy Whitby Jet jewellery there are many shops in the town to purchase it from if thats your thing.  Whitby West Pier Lighthouse was built in 1858 by a charity for marine safety.  You can climb to the top of the lighthouse and look out over the sea and harbour.  It costs one pound fifty for adults and a pound for the kids. We enjoyed the experience its well worth the money.

Whitby is surrounded by some fantastic natural attractions.  The Cleveland Way coastal path goes right through the town and makes great walks in either direction along the top of the cliffs.  The Cinder Track a disused railway line and runs between Whitby and Scarborough and is great to walk or cycle.  The Esk Valley Walk also starts in Whitby and follows the river Esk inland.  The coastline around Whitby has some fantastic Beaches.  The closest in Whitby itself is Whitby Sands and it starts on the left side of the harbour and runs right along to Sandsend. There are beach huts, cafes and deckchair hire. It’s a fantastic place for a family day out when the weather is good.  There are many other coves and beaches cut out along the cliffs but these are not as accessible.  Wildlife spotting can be a great way to spend a few hours.  Whale Watching; we did a fantastic boat trip to see the whales and porpoises that pass by the Whitby coast.  Unfortunately these trips don’t seem to be operating this year (2021) check back for an update as I believe they are resuming trips next season.  The best time to see them is September I know its a long wait but its well worth it if you get the chance.  You can see Porpoises, dolphins and seals from the cliffs if your lucky so keep an eye out.  Rock Pooling is another fantastic way to spend a few hours it’s best done just after the tide goes out for the best chance to see some amazing wildlife.  Fossil Hunting; the Whitby coastline is famous for its fossils and is known as the dinosaur coast.   Some great fossils have been found here over the years.  You may not find a dinosaur but if you look carefully smaller fossils are quite easy to come across and its fun looking. If you want to see what other people have found check out Whitby Museum they have a great collection.

Whitby has a vibrant Pub and Restaurant scene with plenty of choice for all. Wether you want a quite romantic meal for two, an evening meal with the family or a night out with the crowd your well catered for in Whitby. Nowadays we are more of the quite night out types so if its a rave your looking for you would probably get better advice elsewhere. However we do like a nice meal out in the evening or a lazy lunch after a morning exploring and have sampled a few of the bars and restaurants around town. Whitby is a Fish & Chips lovers paradise there are so many fish and chip shops its hard to recommend one in particular above all the others. One good bit of advice I would give though is to eat indoors. The seagulls are a real problem and will dive bomb you to try and pinch a chip or even your fish.  They are big birds and best avoided and definitely do not try and feed them.  Kippers; Whitby was one of the main ports for the UK herring industry although the industry has long since diminished Kippers are still a local delicacy.  Personally I love them and they are a great breakfast treat.  Fortunes Smokery has been smoking herring to make Kippers since 1872 they are truly wonderful.

Around and about inland and on the coast are some fantastic places to visit and things to explore if you have a little more time. You could walk to Ruswarp using our handy guide. The picturesque villages of Robin Hoods Bay and Staithes are a short distance away as is The North York Moors Historical Railway.  Another great place to visit is Ravenscar with its Seals and Historic Alum mine are quite near by. We cycled there on the Cinder Track which was a great off road cycle.  A little further down the coast is Scarborough with its castle and busy beaches.  Bempton Cliffs with it’s sea bird colonies and Flamborough Head. All well worth a visit. 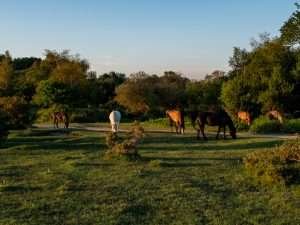 Out & about | Five days in the New Forest

The New Forest is a Mecca for the out door enthusiasts offering safe off road cycling and walking, wildlife watching and beautiful scenery.

Whitby to Ruswarp | A Walk under the Larpool viaduct

Cycle the Cinder Track | A wonderful off road adventure

The cinder track is a disused railway line that runs for twenty one miles between Scarborough and Whitby. The line it’s self was in use between 1885 and 1965. Its called the cinder track due to the cinders that where used as ballast to run the rails on. 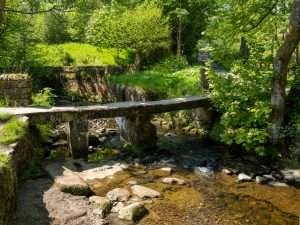 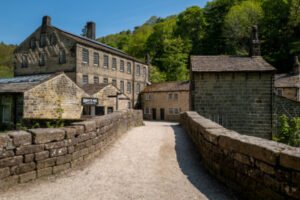 Pendle Hill | How to walk it like a local

To a local lad like myself born and bred in the area it’s known as just The Hill, although at 557m it’s not far off being classified as a mountain