So why Pendle Hill?

To a local lad like myself born and bred in the area it’s known as The Hill, although at 557m it’s not far off being classified as a mountain. The name is made up of three different meanings of the word Hill, Pen from the Cambric, Hyll from old Engish which gave us the name Penhul as it became known in the thirteenth century. We then added our word for the same, Hill, which gives us when translated Hill Hill Hill.

Most people will know the area as the place the Witches came from as in 1612 the powers that be decided to force march nine women and two men to Lancaster and try them for murder by witchcraft. Ten of them were hanged by the neck until they were dead.

George Fox, the founder of the Quakers, is said to have had a vision on Pendle Hill to gather the people. This is said to be the beginning of the movement and to all Quakers this area of Lancashire is known as 1652 country.  He is said to of drunk from a well on the side of the hill.

So why Pendle Hill? It’s a beautiful walk in a spectacular area. The Hill itself can be seen from miles around and on a clear day from the top you can see the Lancashire coast and the Yorkshire Three peaks.

Pendle hill can be found in Lancashire between the towns of Colne, Nelson, Burnley and Clitheroe. Its is a detached part of the Forest of Bowland area of outstanding beauty.

Pendle can be walked from many different starting points around the Hill. The route I’ve detailed here will take you from the pretty village of Barley via the infamous Witches Steps, over to the trig that marks the highest point on the hill. Then down via Ogden Clough, a circular walk of around five miles. Although you cannot choose your weather the walk would be best done on a clear day for the best views, although it can be done in any conditions if you are properly prepared.

The path is clear and way marked but can be a little rugged in places so make sure you choose the correct footwear for the conditions.

Map of the route. If the download file for gps option does not work then just right click on the link and choose the save as option.

Park up in the carpark (Post Code BB12 9JX) it’s only a pound so why block the road. Walk past the toilets through the park over the beck and on to the road. Continue along the road for about 200m on your left just after the farm you will see a signposted path, take this path up through the style and over the bridge at the other end. Then turn left again up the road.

Turn right and slightly up hill until you reach the gate at the foot of the steps. Make your way up the steps, resting if required until you reach the wall at the top. Well done you’ve conquered the infamous witches steps. Keep to the wall up the metalled path turning left away from the wall towards the trig at the top of the hill. In good weather you will be able to see the top from here.

You can take a detour at the top of the witches steps to visit Fox’s well. This is the well George Fox was said to of drunk from. Go through the style and follow the path straight on for about one hundred metres. You will come to spring above the spring is a metal hatch. Lift the lid and drink if you dare. It is said to be the best water in Lancashire. I decided not to drink, I’ll leave it up to you. Return to the route the same way as you came to continue to the top.

At the top, take a selfie, check in, take in the views and chill for a while (weather permitting).

When your ready follow the path sign posted for Ogden Clough.  It’s a little rough at first but soon leads onto flag stones across the open moor. Watch out for the odd Deer or Grouse.

When the flag stones end carry on through the stile and cross the little stream. Turn left to follow the very well worn path that follows the stream. This path can be quite muddy but the mud is easily avoided.

You will reach a fork in the path where the main path veers right.  Our route carries straight on along the slightly smaller path eventually taking us steeply down into the clough.  We then cross back across the stream and up through the style on the other side. Stay on this path now for a good half mile as it circles back round the base of the hill.

You will eventually reach another small stream.  Cross this stream continuing on over the other side through the stile and follow the path across a field and then through another stile at the end of the field.  The path now follows the left hand side of the upper ogden reservoir. Keep to the path through various stiles until you emerge onto the dam at the end of the reservoir. Follow the path down to the gate and through onto the service road.

This road will now take you down past the lower reservoir and back into the village of barley. Cross the road and you will see the carpark in front of you. Thats us finished and I hope you enjoyed the walk. I think you’ve earned some refreshment see below for options.

There are plenty of options in the village for a bite to eat and a drink or two. If you have brought your own sandwiches then there is a picnic area with benches next to the carpark. Here you will also find a small cafe with an outside seating area selling hot and cold food and drinks.

There are two pubs in the village and you will have walked past them at the beginning of the walk. The Pendle Inn and the Barley Mow.  Both do food and accommodation if you fancy stopping a little longer.

There’s plenty to see and do in the local area if your stopping for a day or two. Pendle Sculpture trail is close by in Aitken Wood and the pretty village of Wycoller is about twenty minutes away by car and set in its own country park with links to the Bronte sisters. Clitheroe with it’s castle and food fair and Downham village with it’s picturesque riverside setting are also worth a visit. Our perhaps check out our walk around Hardcastle Crags another beautiful spot for a walk.

Amazing thing to see & do at Flamborough Head

It’s always great to get out to the British coast. There are many amazing things to see & do at Flamborough head. 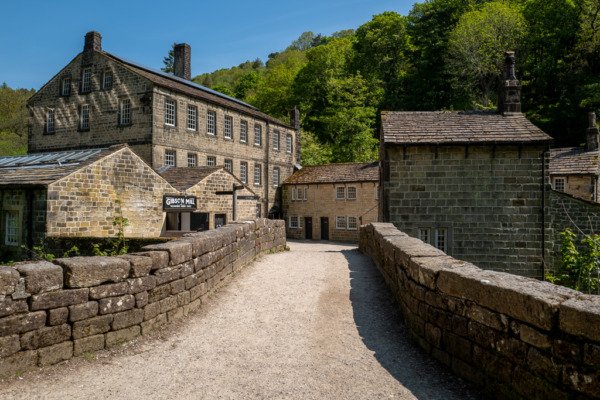