Italica, Seville | A wonderful trip out of town to Ancient Rome 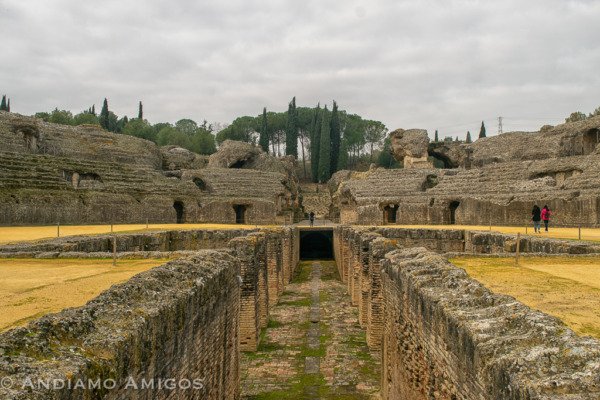 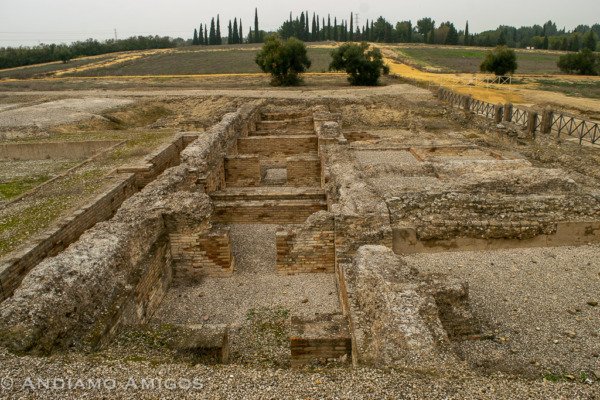 The Roman ruins of Italica, with remarkable mosaics and an impressive amphitheatre, are located 9 kilometres to the north of the city of Seville, just outside the village of Santiponce.

Italica was the birthplace of three Roman emperors – Trajan, Hadrian, and possibly Theodosius. One of the earliest Roman settlements in Spain.

The town rose to high social and military status in the 1st and 2nd centuries AD, when Trajan and his nephew Hadrian were in power. Hadrian named the town, which had a population of 8,000, Colonia Aelia Augusta Italica.

The area was a major producer of grain and olive oil, and some families with private farms became very wealthy exporting to Rome.

How did we get to Italica?

The 170A and 170B buses to Santiponce leave from Plaza de Armas bus station in Seville. The 170A is more frequent, leaving every half hour, with the journey taking 30 minutes.

To find the right bus stance, the main bus station in Seville has a tourist information booth and the lovely lady there directed us to the correct stance.  We bought our ticket from the driver and alighted at the stop for Italica which is the last stop.  The bus then turns around and heads back to Seville.

What does it cost to get in and when is it open?

The entrance fee is €1.50 for all nationalities apart from EU citizens who can get in for free.

The opening times are:

One word on the opening times.  We tried to visit on 30th December which according to their times should be open but it wasn’t and we jumped on the next bus back to Seville – all part of the adventure!

What is there to see at Italica?

Oh my goodness this site is impressive.  There’s an Amphitheatre, roman roads, ruined villas with mosaics still very much visible, shops and loads of areas still to be excavated which will give more indications of the thriving Roman community which lived here.

Fortunately the 25,000-seater amphitheatre, which was one of the largest in the Roman Empire, has partly survived (two storeys out of three). The central pit was used for animal cages (bears and wild boar) during gladiatorial combats.

Beyond the ampithetre, on and around the wide main avenue, about five large villas of prosperous families have been excavated, some with well-preserved, colourful mosaics, including  floors with exquisite design of birds, Neptune, and the planets.

You can also see the remains of the Traianeum, temple of the Emperor Trajan, Termas Menores and the baths.

In autumn 2016, Seville was abuzz as various Game of Thrones actors arrived to film for Season 7 in the Atarazanas (Royal Shipyards) and Italica. The episode which featured Italica was the climactic final one, first shown in August 2017, in which three members of major houses have a historic meeting about a common enemy in the amphitheatre.

A simple platform was built over the pit, with the steps nearest the main doorway (eastern end) used by one character to make a dramatic entrance before the assembled bigwigs. You can also see the characters walking along the path towards the amphitheatre.

CGI was used to add extra height to the western wall, with arches where statues would have sat, so that it bears a closer resemblance to its original state.

Its a fantastic site and you can see why they chose it for these scenes.  Its perfect.

There are no facilities inside the Italica complex for food or drinks but there are toilets.

Just outside the entrance gates there are fridge magnet and other trinket sellers.

Just outside the complex, across the road there are a couple of cafe bars where you can get a drink and snack while you wait for the bus back to Seville.

Alternatively you can walk the 10 mins or so into Santiponce which has a few shops as well as a couple of cafe bars and is where you can also visit the Roman theatre.

Seville is the capital of the Andalusia area and seemed to offer all the thinsgs Chris and I love in an adventure.  Food, culture, good local transport links and of course Seville is the setting for Chris’s favourite opera, Carmen.  It was perfect and absolutely lived up to its reputation. 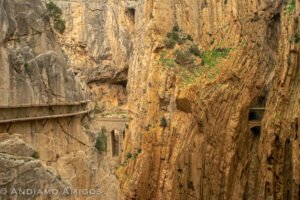 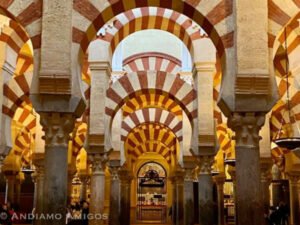 Exploring the city of Cordoba | An Andalusian treasure

As part of our Andalusian New Year adventure that would take us to Seville, Cadiz, El Chorro we also wanted to visit the city of Cordoba as its historical centre is listed as a world UNESCO heritage site and its got some fantastic buildings.