How did we get to Unawatuna, Sri Lanka

After spending time in central Sri Lanka we headed south and after a night in Kandy we were up in the early hours of the morning again to catch a train from Kandy to Galle via Colombo.  This journey would take about 8 hours however it was the most exciting and interesting way to get from central Sri Lanka to the south. Unawatuna would be where we planned to stay through Christmas and New Year.

Arriving at Galle from the train we exited the station and hailed a Tuk Tuk.  There were loads around and we just chose the first one and asked him to take us to Unawatuna.   We were excited to arrive as the hotel we’d chosen and the area of the village looked amazing and we couldn’t wait to get into the sea.

So where did we stay in Unwatuna?

We had chosen the Kingfisher Hotel.  This was a small boutique hotel on the beach and it suited our needs perfectly.

We were staying at the hotel over Christmas and New Year and had booked their Christmas Eve dinner and party night and also their New Years Eve extravaganza.  They also have party nights every Saturday nights with guest DJ’s flying in from all over the world so if you’re a light sleeper then take some ear plugs as these guys like to party!

Where else can you stay in Unawatuna, Sri Lanka?:

There are plenty of accommodation options in Unawatuna from bunks in hostels to luxury hotels and you will be able to find a selection of what is available by checking online.

Unawatuna, Sri Lanka – What is there to do?

One of the main reasons we chose The Kingfisher Hotel, apart from it being small and having great reviews,  was that it was next door to the Sun Diving Centre where Chris planned to spend a good amount of his time.

It’s not the best diving in the world but I had a great time exploring the wrecks. The guys at the dive centre are friendly and laid back and took great care of me during the dives.  All the dives were boat dives, I did ten with them one was a night dive. There are numerous dive centres around the bay so have a shop round and see what you think but I would recommend Sun Diving they were great.

Travelling for us always involves food of some description whether it be a restaurant we want to try or a local street food and we were lucky enough to find a traditional Sri Lankan cooking class.

We visited Wasantha’s restaurant one evening and realised that they did a cooking class so we booked for the following day.   The food in the restaurant was really lovely and we were looking forward to learning how to cook an authentic Sri Lankan Curry.

The class involved a trip to Galle Market to choose our ingredients and then back to the restaurant where we prepared 6 curries and some fantastic coconut milk rice and then then best bit, we got to eat it all.

Located on Yaddehimulla Road, Unawatuna – you can find directions here

Take a day trip to Galle

Being just along the coast from Unawatuna and a 10 min Tuk Tuk Ride, Galle is a city on the southwest coast of Sri Lanka. It’s known for Galle Fort, the fortified old city founded by Portuguese colonists in the 16th century. Stone sea walls, expanded by the Dutch, encircle car-free streets with architecture reflecting Portuguese, Dutch and British rule. Notable buildings include the 18th-century Dutch Reformed Church. Galle Lighthouse stands on the fort’s southeast tip.

Galle also has a fantastic old town and fortification walls and if you’re lucky you can peek into the international cricket pitch from the walls.

There’s the lighthouse, the colourful and vibrant Old Dutch Market, the Galle Maritime Museum and loads of places to stop for a refreshment or a meal.  The Old Dutch Hospital is the best place for shopping and grabbing something cool in the heat of the afternoon sun.

Just along the coast from Unawatuna and a 15 min Tuk Tuk ride is the Koggala Sea Turtle sanctuary and farm where they rescue turtle eggs from the beach, keep them safe in incubating areas and then once hatched help them to grow before being released back into the ocean.

Koggala Sea Turtle Farm & Hatchery is just along the coast from Unawatuna and around a 15 min Tuk Tuk Ride.  You can find directions here.

The hatchery is free to visit but they do ask for a donation as all their work is voluntary. 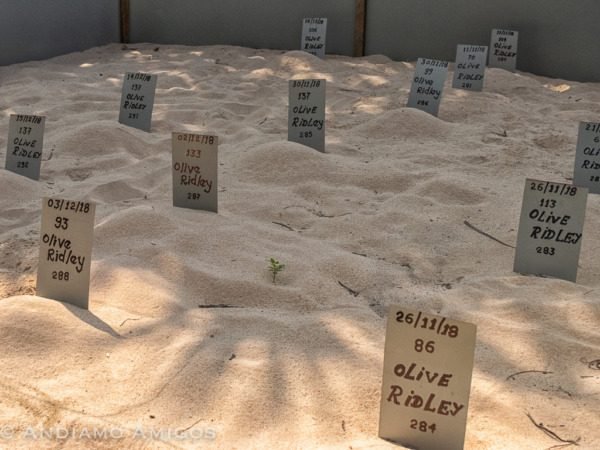 Spend the day on Koggala Lake

Koggala Lake is vast and the best way to see it is by boat.

The lake is around 15 mins down the coast from Unawatuna and easily reached by Tuk Tuk.

Our boat trip departed from the southern shores of the lake.  Our trip included a visit to a cinnamon farm and an ancient Buddisht Temple.  We spend loads of time looking for wildlife and we saw an abundance including loads of monitor lizards, bee eater birds, several types of monkey, a crocodile, Barbary kites and eagles as well as an abundance of other water birds.  It was amazing and your eye was drawn to all parts of the lake.

We did have the opportunity to visit a site where the little fish nibbled your feet but we didn’t want that so we got extra time on the lake to spot the wildlife.

The tour took around 2 – 3 hours and was a really good experience.

We went with a company Called Koggala Lake Boat Safari.  You can find directions here.

The cost was around £8 each

There is an abundance of religious sites and temples in and around Unawatuna.

At Unawatuna, quite close to our hotel, there was the Japanese peace pagoda a unique Buddhist temple with a circular deck for sweeping views of the ocean & surrounding landscape.

If you’re in Galle then there is the Meeran Masjid (Masjid is the Arabic word for mosque) is the biggest and best known mosque in the area.

Also in Galle there is the Sri Sudharmalaya Buddhist Temp which is another well visited sacred site.

Its well known that a strict dress code is advised when visiting any religious site in Sri Lanka or in most countries.

The heart-shaped Buddhi Leaf (or Bodhi Leaf) comes from the Tree (now called the Buddhi or Bodhi Tree) in Bodh Gaya, wherein Siddhartha Gautama sat under to meditate, thereby reaching enlightenment. It is said that this tree was a very large fig tree. Buddha then spent one entire week in front of the tree, staring at it with unblinking eyes after his Enlightenment.

It was pointed out to us that the leaf is the reason the stupas are shaped the way they are.

Check out where they film a popular UK TV series:

In the UK there is a TV series called The Good Karma Hospital which is filmed in Unawatuna Sri Lanka.  The programme is supposed to be set in India but Unawatuna is the chosen site for the filming.

The series is normally filmed in the quiet season and uses the local Amarasooriya teacher training college buildings as the building for the main hospital.  It was fun to wander around and see the set up close and in person.

The local teacher training college where the series is filmed is on the main road A2 from Unawatuna to Galle – you can find the directions here.

Seeing the buildings where the filming takes place and the areas around – also our Tuk Tuk driver who took us was really keen to tell us all about it.

Unawatuna Sri Lanka and the food

We’ve already mentioned Wasanthas restaurant and Cooking class above and a couple more restaurants we would recommend would be:

This was the first restaurant we visited after arriving at Unawatuna.  Simple Sri Lankan food as well as some fantastic seafood.  Great variety on the menu and some delicious cocktails.  Well worth a visit.

This was the restaurant at our hotel and it was fantastic.  A little pricy but the food was excellent.  Sandwiches, burgers, salads, light bites, snacks, desserts as well as a fantastic drinks and cocktail menu (can you sense a theme here !).  There’s a great choice and right on the beach means you don’t have to wander far from your sun lounger.

Fantastic little ice cream vendor on the street behind the beach and a few steps from our hotel.  A massive variety of flavours and manufactured on site to the true gelato way of making ice cream which results in a delicious product.  We visited many many times, yum yum.

A Sri Lankan Safari in Yala National Park
After spending Christmas and New Year in Unawatuna on our Sri Lankan Adventure we had 4/5 days at the end of our trip where we hadn’t planned anything in particular.

How to cook a traditional Sri Lankan Curry | Cooking Class

We found a cooking class.
Any travelling experience for us tends to involve food and when we landed in Unawatuna in December 2018 we were delighted to find that one of the restaurants we visited did cooking classes.

After our overnight stop in Colombo we boarded an early morning train to Habarana which is pretty much in central Sri Lanka.  We chose this area as it had good access to a few of the top sights that were on our list to visit.