How to get to the Belgium F1 Grand Prix and what to expect.

Where is the Belgium F1 Grand Prix and how did we get there?

The Belgium F1 Grand Prix is in the town of Spa, or just outside really in the middle of the Ardenne Forest.   We travelled in our campervan Bob from home, in the UK to our campsite near the track. We crossed the channel via ferry you can check out Ferry crossings Here

The  journey took around 10 hours and we booked a midnight ferry Dover – Calais and then drove through the night to arrive at the campsite in Spa late morning.   You can find the route we took here.

Where did we stay for the Belgium F1 Grand Prix?

There are lots of options for accomodation when attending the Belgian F1 Grand Prix.  Some people camp, some people stay in nearby hotels and some people commute from nearby towns and cities.

We chose to camp as we had Bob our campervan and after researching a few of the nearby campsites we chose Elephant Camping as it seemed to have the most up to date and best reviews.

Here’s a few of the Campsite facilities:

The cost of the camping was really cheap for the weekend and we booked through the website here. The website is in both English & German so fairly easy to navigate.

We paid €40 a night for our pitch and it was great.  They don’t pitch people too close together so we had plenty room.  Remember to take your flags and flagpole.

How did we get Belgium F1 Grand Prix tickets?

Buying the tickets for an event that is months away, in another country and parting with a significant amount of cash can be daunting. There are various sites which sell F1 tickets and here are a couple that we’ve used and found to be really good.:

These sites generally work with reputable courier companies such as DHL, Fedex etc who offer tracking and tracing so you have a little bit more control over receiving your tickets. Our tickets for the Belgian Grand Prix arrived in plenty time and we had no issues. We chose general admission tickets which meant we didn’t have a reserved seat in the stands and all the research we had done said there were good spots throughout the track to watch the race from.

We spent the Friday and the Saturday scouting out our spot and finally chose an area which was pretty good at the Pouhon corner.   This area looked over a great corner and we saw some fantastic racing and overtaking from here.  There were facilities quite nearby although if you’ve attended a Grand Prix before you’ll know that getting in and out of your seated area once the races starts is pretty impossible so take snacks and drinks.

Of course with it being Belgium then the star for the locals was Dutch driver Max Verstappen and everything was tinted with a glow of orange.   .

Facilities inside the track at the Belgium F1 Grand Prix?

The facilities inside the track varied depending on which part of the track you were.   Near the main entrance and the F1 village there was the usual mix of bars, merchandise shops, restaurants and toilet facilities.   Throughout the track there were food and drink outlets as well as portable toilets but the merchandise stalls seemed to all be centred in the main F1 Village area.

Food was centre around burgers, chips & mayo, hot dogs and waffles.  I don’t remember there being much of a choice of anything else  and it was expensive, for example Chips and Mayo €8 and a burger €14.  It seemed more expensive than food at other F1 tracks so my advice would be to pack a lunch and snacks and just use the food options of the track for a quick bite.

Drinks were very much beer orientated as you’d expect with it being Belgium.  In the main F1 Village there was my favorite little Johnnyy Walker stand which was fabulous but around the track it was beer or water so not being a beer drinker I was pretty much on water.

There were big screens throughout the track so that no matter where you were watching from you pretty much had a view of a big screen as well as the track.  The big screens are great as they let you see what’s going on in the rest of the track.

If you’re any kind of F1 fan you’ll know the track rises at the Eau Rouge corner and I was completely surprised at how steep the track was at Eau Rouge.  Its REALLY steep and the drivers must absolutely love to drive this section of the track.

The toilets around the track were portable and as with any other place where there are portable toilets that are being used by many people then make sure you have some tissues handy as there’s likely to be a shortage of toilet paper.   The toilets at the F1 Village were a more permanent structure and were better maintained.

Just a word about the toilet situation.

The Spa track, being in a forest, is well known for men to just have a wee up against a tree and quite often as you’re walking round the track you can see this happening.  Its a thing,  just ignore it, its what they do and I would say most try and be as discreet as possible.

Some hints and tips to make your F1 trip to Belgium Spa go smoothly: 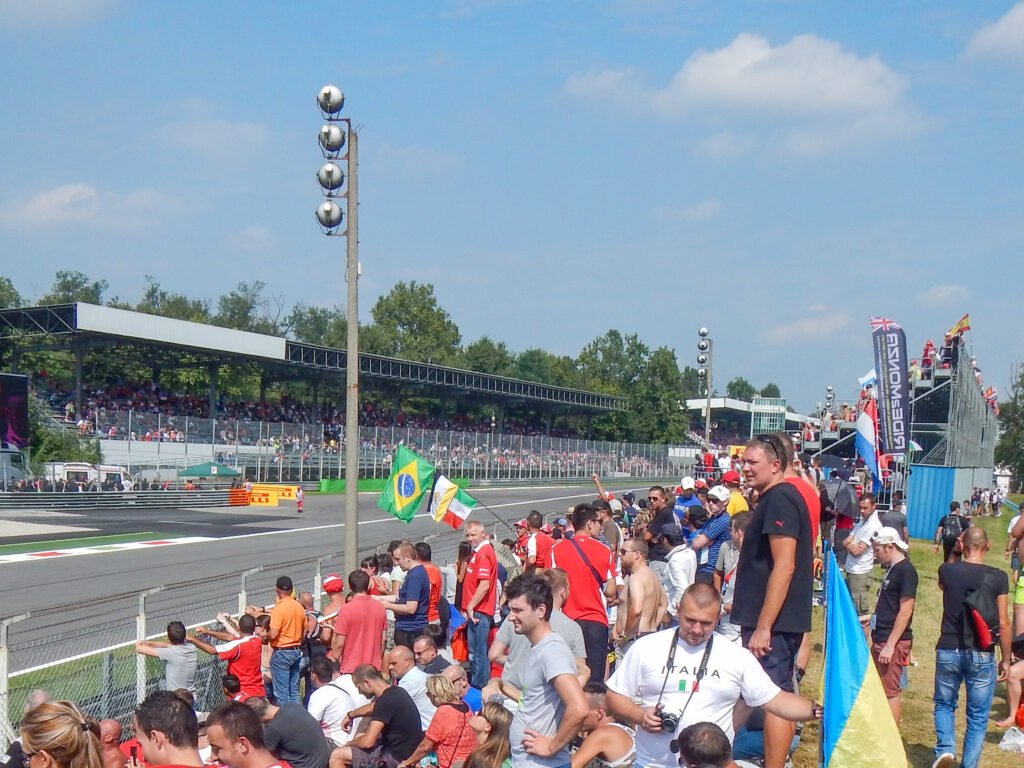 So you have always had a notion to visit the Italian Grand Prix. Perhaps you’ve seen it on the telly or may be you’ve attended other Grand Prix and you fancy trying somewhere new.  We have now been three times and over the years have gained some experience that will hopefully make your visit more memorable.

Thinking of visiting the British Gran Prix at Silverstone? Her are twelve things you need to know before you go that will make your visit a fantastic experience. 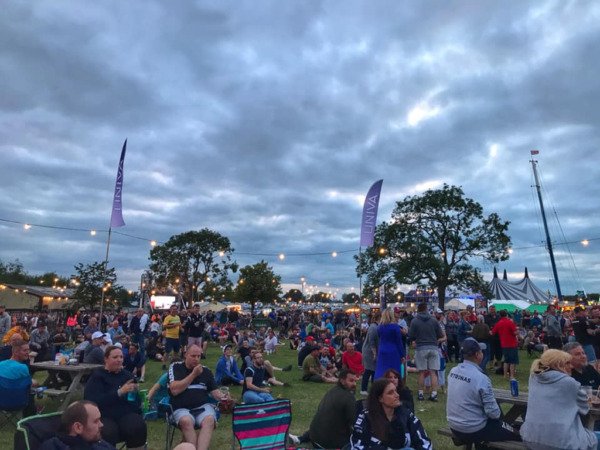 British Grand Prix, Silverstone | A how to guide