Explore the islands of the Venetian Lagoon | Venice Italy

If you explore the Venetian Lagoon you don’t only get to Venice but also some other islands such as Torcello with its tower to climb, Burano with its colourful houses and Murano famous for its glass.

How to explore the Venetian lagoon and visit the islands

The islands in the Venetian Lagoon can be accessed by ferries from Punta Sabbione and full details of the facilities and services available at the ferry terminal of Punta Sabbioni can be found here. You can get ferries, waterbuses and taxis to Venice and all the islands. Costs vary but the ferries and water taxis are regular and cheap.

We were staying on a campsite on the other side of the lagoon from Venice so the ferry was the best way into the city for us. If you are travelling in from the uk you can get flight and hotel information Here

You’ve arrived at Venice, now what?

I think it would be fair to say that most people head straight for St Marks Square when they get off the ferry and we were lucky enough to arrive around 6am so it was really quiet. Getting a picture of St Marks Square where the pigeons out number the people is a feat in itself.

Or St Marks Square is the principal piazza in Venice and is generally the first place that people head to. If you are arriving in to Vence by train the only way into the square is by water. It was first formed in around the ninth century and has been in it’s current form since the 1100’s. It is one of the lowest points of the city so is usually the first place to get flooded if the waters rise.

The Palazzo Ducale to give iyt it’s Italian name was founded in around the tenth century and was originally a fortified castle it has been destroyed and rebuilt since then. It has been built upon in different styles over the centuries and houses many important works of art. It is now open to the public and used as a museum.

The bridge of Sighs

This enclosed bridge is made of white limestone.  It connects the  new prison with the interrogation rooms of the Doges Palace and it one of the most photographed areas in Venice today. Condemn men would walk across the bridge from the courtrooms to the prison, this would be there last view of the lagoon. You can walk across the bridge yourself when visiting the Doges Palace.

Located at the far end of St Marks Square the Basilica originally was the chapel of the Doge and is connected to the Doges Palace but today is the principal catholic cathedral of Venice. It was built in the 800’s to house the relics of St mark which had been stolen from Alexandria. The current building dates from the 1100’s again this has been added to and altered over the years.

An iconic image of Venice and in some cases a tourist trap.  On our last trip we found, down one of the back canals, a factory where they mended gondolas and it was really cool watching them working away restoring and mending these lovely boats. If you want to ride a Gondola without paying the extortionate tourist rates you can cross the Grand canal on one for just a few euros look for the crossing near the fish market.

The oldest of the four bridges spanning the Grand Canal and very much one of the top tourist attractions of Venice today.The current bridge was finished in 1591 and was design to look like its wooden predecessors.

The main waterway in Venice and spanned on each side by palaces and important buildings.  Spanned by four bridges is it used as a main artery for the city. You can cruise the canal like a local by using one of the water buses (Vaporetto) which ply their trade up and down the four kilometre length of the canal.

In almost every city we visit we head for the market.  Venice was no exception and because we were there so early we managed to see the best of it.  Fantastic fish from the lagoon and fruit and veg that had been brought in by boat that morning. Beautiful.

Next stop as you explore the Venetian Lagoon is Torcello

Torcello is one of the smallest islands in the lagoon and the quietest but a really beautiful island with its fair share of sights to see. It was the first island in the Venetian lagoon to be inhabited  Here’s a few you don’t want to miss.

The Basilica has some impressive mosaics and if you climb the tower then you get views across the lagoon to Burano and beyond. It’s not known exactly when the church was built but it was there in the tenth century and its believed the original building date back to before this time.

The Museum of Torcello

The Museum is split into 2 sections  the archeological and the more modern medieval.  Exhibits are interesting and displayed in both Italian and English The museum was established in1889 and houses some very important objects and is well worth a visit.

Reputed to be the throne of Attila Hun but in reality it’s quite certain that he never visited this area. Having said that it is an interesting artefact dating back to the fifth century and the early settlers and you can sit on it yourself as you can see below.

One of the two bridges that cross Torcello’s main canal and that connects the town with the lagoon.  There is a legend that it is the site of where a young girl made a pact with the devil. It is said that the devil visit the bridge looking for the souls of the children he was promised.

Exploring the other islands of the Venetian Lagoon – Burano & Murano

What not to miss when visiting Burano

The colourful fishermen’s houses where legend has it that they painted them bright & individual colours so that the fishermen could find their way home when it was foggy.  They really do bring a smile to your face.

What not to miss when visiting Murano:

10 Tips to explore the Venetian Lagoon and its islands

The Appian Way Rome | A brilliant day exploring by bike

To cycle the Appian Way we needed to hire bikes and we chose Eco Bikes who are located just south of the city centre.

We have been to Naples a few times and we’ve always loved this city.  Its got great places to stay, great food and drink, great trips out of the city and a history that is captivating and keeps you wanting more. 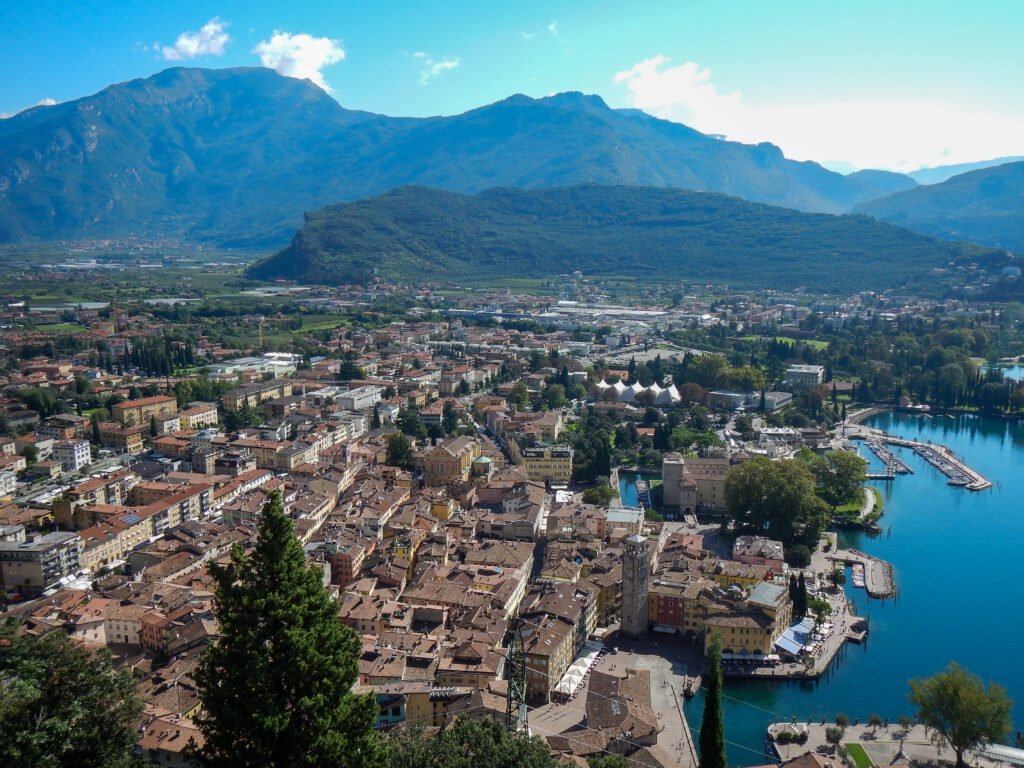 Riva del Garda, Italy | Some awesome things to do

Our initial reason for visiting Lake Garda was to try one of the Via Ferrata hikes which are dotted around the surrounding mountains.