San Vito lo Capo is on the western side of Sicily just West of Palermo and we chose this town as we wanted a few days of relaxing on the beach, swimming in the sea and eating delicious seafood and this town fit the bill.

We travelled from Syracuse in the east right through the centre of Sicily to San Vito lo Capo in the West.   Having the hire car meant we were completely mobile and although it was approx 400kms the views and scenery of rural Sicily was fantastic. Having decided to visit this town late in the afternoon it was late in the evening when we arrived and after 4 1/2 hrs driving we landed right smack in the middle of a cous cous festival. Fantastic!

What is there to do in San Vito lo Capo?

We were only there for a few days and the main purpose for our visit was to chill.   Spend time on the beach, swim in the sea and eat some lovely seafood which is exactly what we did.

The beach is really quite beautiful with clean yellow sand and a backdrop of the Capo shelters the beautiful clear waters of the Tyrrhenian Sea.  As with most tourist beaches there are a number of bed and umbrella operators where for €10 or so per bed/umbrella you can pop yourself on the beach for the day.

At the beach there are cafes and snack bars serving sandwiches and drinks and the restaurants are close by so you don’t have far to go for a spot of lunch. The water is beautiful to swim or snorkel in and it was a lovely spot to just soak up the sun and relax.

San Vito lo Capo has several diving centres and with Chris never wanting to miss an opportunity to dive went out for an afternoon with Under Hundred Diving Centre. Not quite as clear and populated as some of the other sites he’s dived in around the world but still another location to pop onto his diving map.

What we didn’t know before we arrived in San Vito lo Capo was that each year they host a worldwide event.  The annual world wide cous cous festival and crown a champion for that year.   The evening we arrived in the town was the beginning of the festival and the streets were lined with stalls all making and serving cous cous.

There were representatives from all over the world competing for the grand prize. As well as the cous cous there were loads of other stalls selling typical Sicilian fayre such as cannoli and how to make it, pistachios.  The sights and smells were amazing. The festival is an annual event so if you want to visit the festival this year then here’s the link – Enjoy

Being a seaside town the restaurants were all advertising their catch of the day. San Vito lo Capo seemed to be a really popular resort with local Italians so we followed them and the restaurants that were filled with the locals was where we chose.

A’lampara fantastic seafood.  We visited at lunchtimes (in the evenings we ate cous cous!) and it was fantastically busy. Great service. Cafe Savoia  If its great coffee you’re after (lets face it where in Italy doesn’t have great coffee) or an aperitivo with some fantastic chichetti then Cafe Savoia was the place.  Right in the piazza Duomo which was perfect for a spot of people watching.

Chichetti One of the lovely things about ordering a drink in most regions in Italy is that it comes  with a little plate of snacks.  These are called chichetti and I’ll be honest with you, we tended to choose our cafes and bars on the quality of their chichetti as a stale crisp with your aperol spritz isn’t fun.

After our three days of sun, sea, swimming and seafood we headed to our next destination Ragusa which you can read about in our next blog post.  Before then however we stopped of at a rather exciting place in the centre of Sicily.

The Villa Romana del Casale is a large and elaborate Roman villa or palace located about 3 km from the town of Piazza Armerina, Sicily. Excavations have revealed one of the richest, largest, and varied collections of Roman mosaics in the world, for which the site has been designated as a UNESCO World Heritage Site.

We arrived lat in the afternoon and just as we were walking up to the entrance from the car park we could hear thunder in the distance.   The villa was up a winding path and as soon as you entered the main building you’re struck immediately by the state of the preserved mosaics.  The colours are vibrant the pictures are clear and there’s so many of them in a wonderful condition you could spend hours looking at every detail.

In the main building there are raised walkways so you get a high viewpoint of some of the rooms and can look down into them which is fantastic. There are guide boards dotted around the place in several languages so you can understand what you’re looking at.   They tell you the story of the family that lived there and how they went about their daily lives. Truly spectacular. 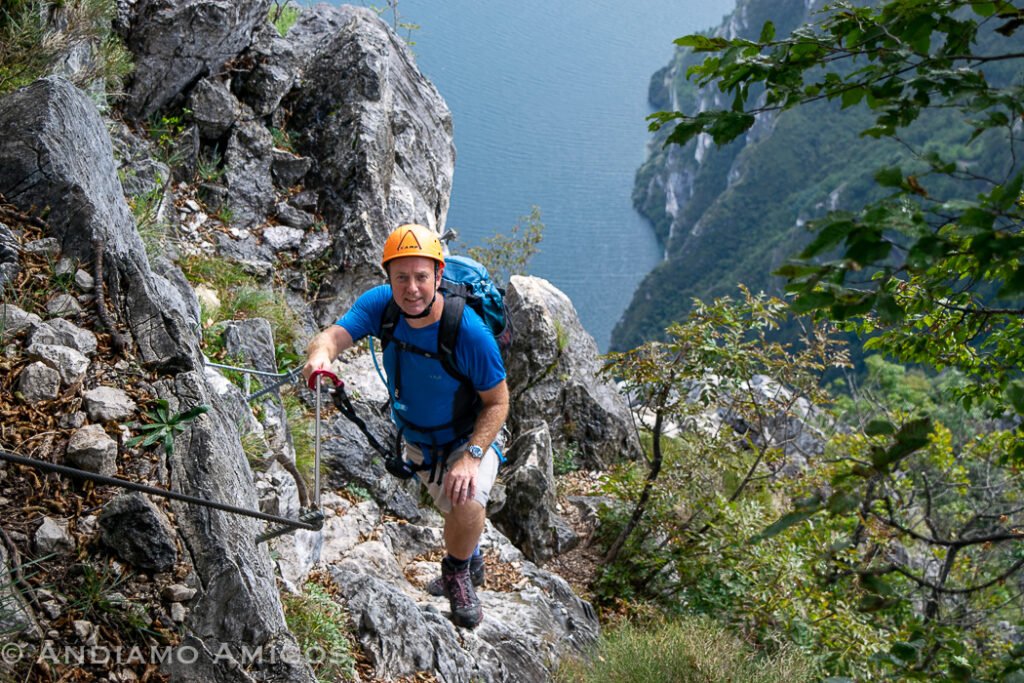 Via Ferrata | Try it out when visiting Riva del Garda

What is Via Ferrata?
A via ferrata is an Italian term which means ‘iron path’ which means  a protected climbing route. 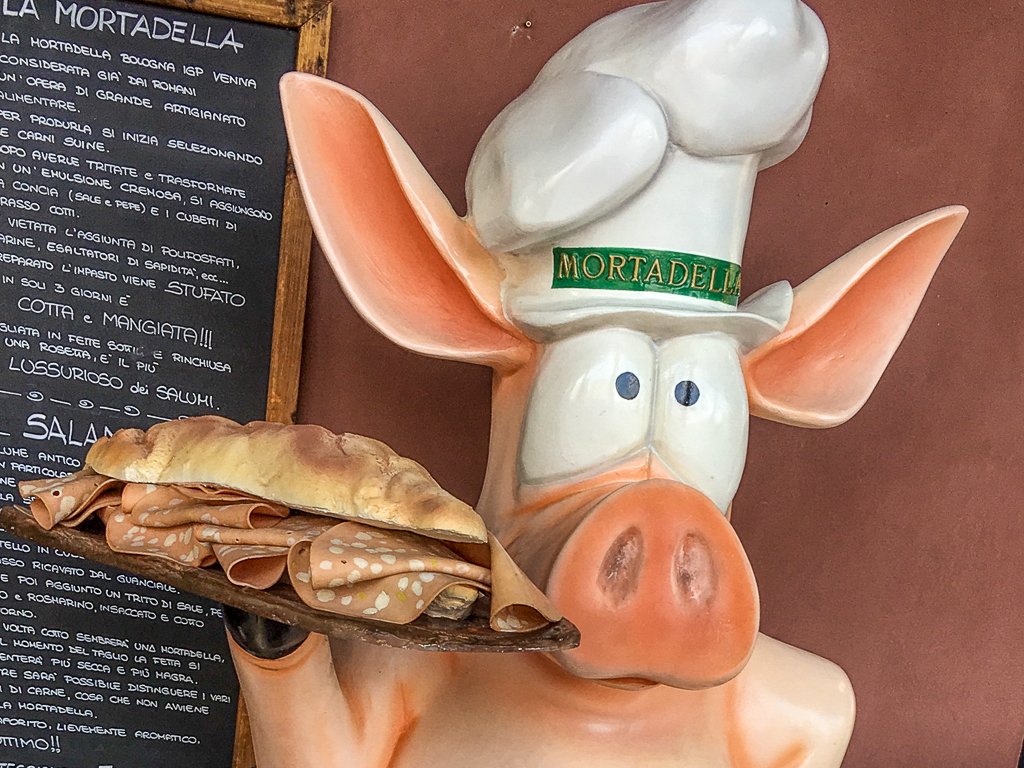 How to explore Bologna | A wonderfully gastronomic city

We had a list of things we wanted to do and try in Bologna and 99% of them were food related.  Bologna is a foodies paradise.  Some of the most recognisable Italian food items come from this region and we planned to taste them all. 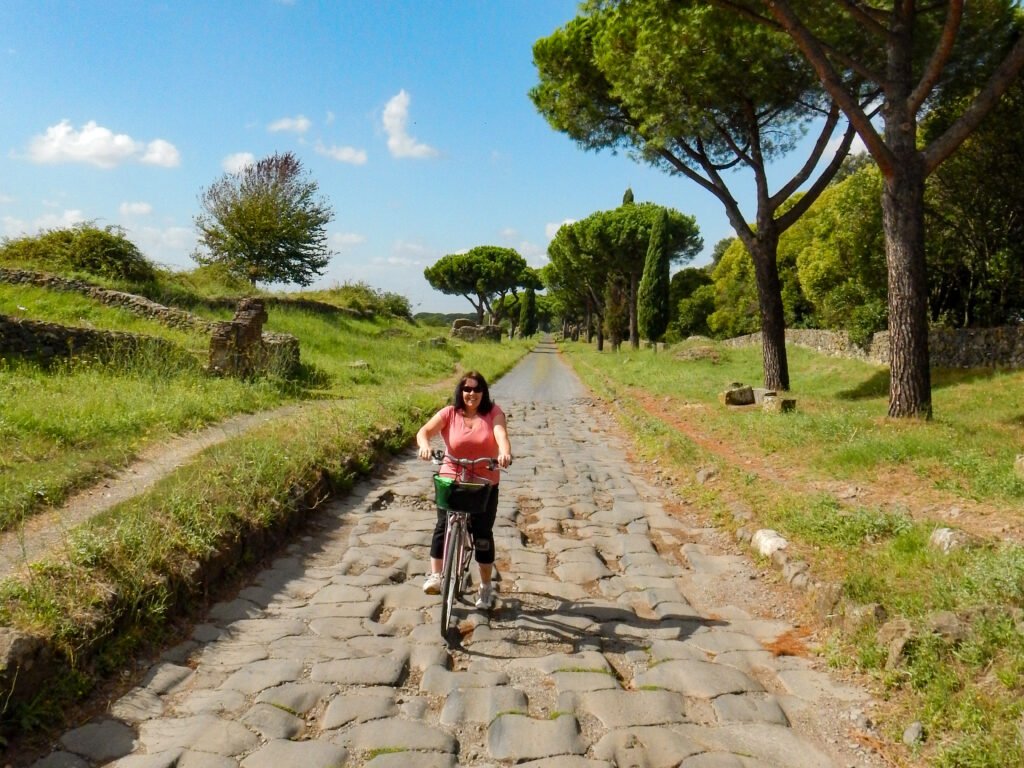 The Appian Way, Rome | A brilliant day exploring by bike

To cycle the Appian Way we needed to hire bikes and we chose Eco Bikes who are located just south of the city centre.